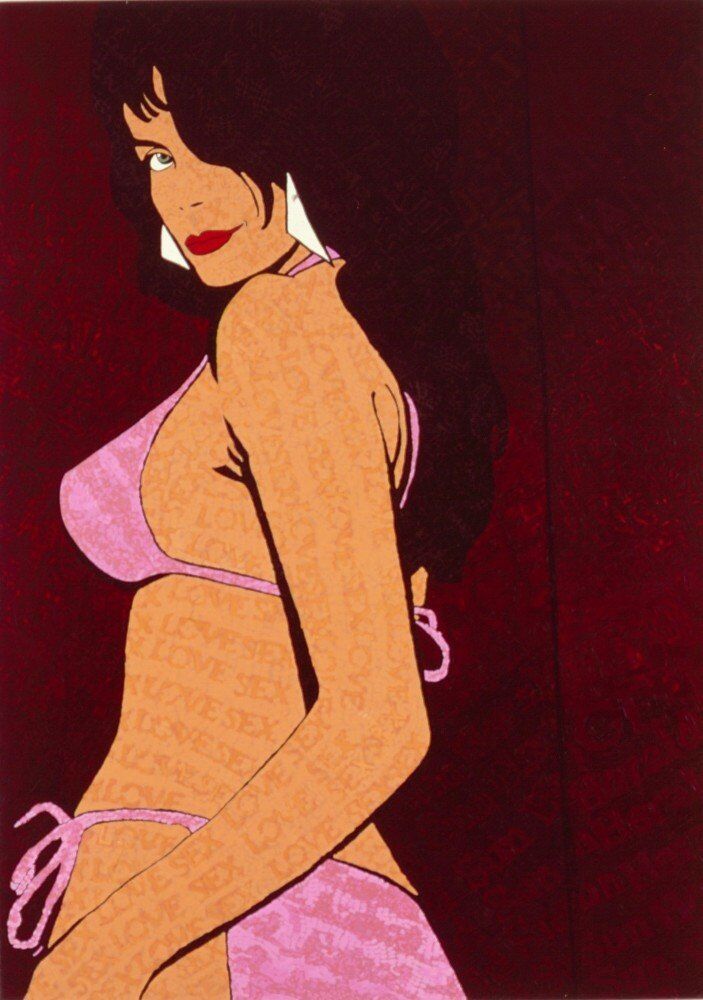 Artist’s Statement:
Subject: Sigrid Thornton – Actor
In the 1940s, Hollywood photographer, George Hurrell, created glamorous portraits of such icons as Joan Crawford by lengthening their eye lashes, smoothing wrinkles and highlighting hair. 1950s America portrayed female sexuality through magazines such as Beauty Parade, Wink and Flirt, presenting exaggerated pin-up illustrations of woman against garishly painted backgrounds. Fashion magazines, TV networks and newspapers today are about selling aspirations. The practice of cloning human images in the media to digitally enhanced and manipulate truth creates a beguiling world where the line between fantasy and reality becomes blurred.
Strongly influenced by Sigrid’s inspiring performance in the play “the Blue Room”, led me to investigate the concept of exploration and the perception of current media manipulation of sexuality.
In conversation with Sigrid, I decided to explore the notion of fantasy and reality, (sexuality & beauty) as it is presented to the general public through fashion magazines, newspapers, television and theatre.
The structure of the current portrait consists of attaching (“cloning”) Sigrid’s face to the unreal torso of a fantasy figure from a PS2 (PlayStation) computer game G.T.A. (Grand Theft Auto) that has become a classic PS2 game worldwide.
Sigrid is an Australian icon and this extreme representation re-evaluates preconceptions of the subject and her relationship with the media.
Rachel Rovay