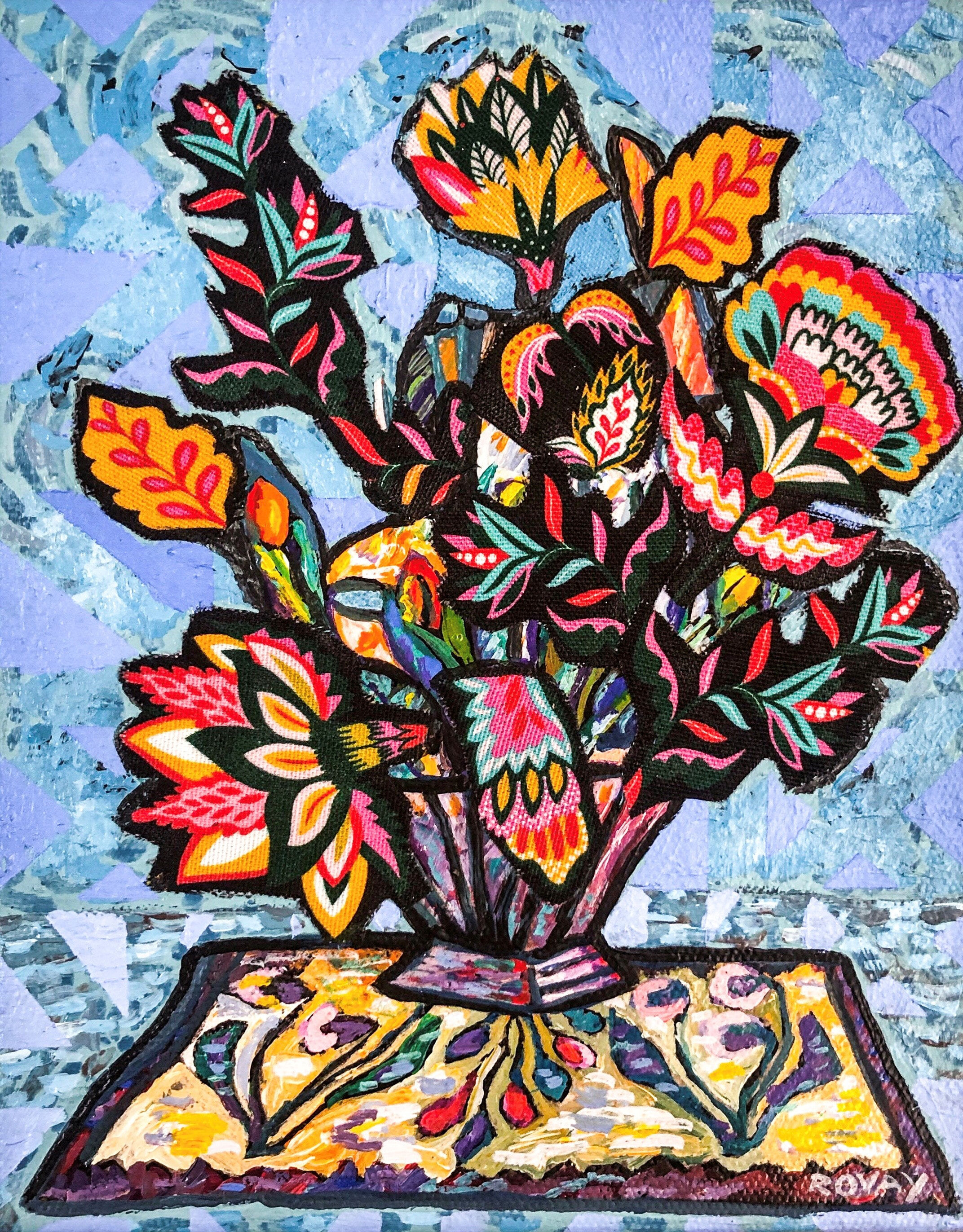 Enquiry
Artist:
Rachel Rovay | Artist
Subject:
Frosted glass vase with flowers
This frosted pink vintage glass vase from the 1930s has a flower frog that sits inside the vase and acts as an anchor for a floral arrangement. It has allowed me to establish a foundation for the design and build upon that ‘Burst Out’ shape.

I bought a bunch of tulips from my local market and arranged them in this cherished Art Deco pink triangular glass vase and placed them over a Romanian woven mat.

Initially, the tulips in this painting became central to the composition. Glimpses from the starting point during 2019 present a deconstruction and reconstruction process that extends over time.

I push the boundaries towards a new ‘territory’ through collage technique by breaking down the original construct. Chaos ensues where a fertile field of new fragments evolves into new forms. A re-invented world that breaks through the known to uncover new possibilities. An old identity becomes a collage transformed and extended to the now with new energy.