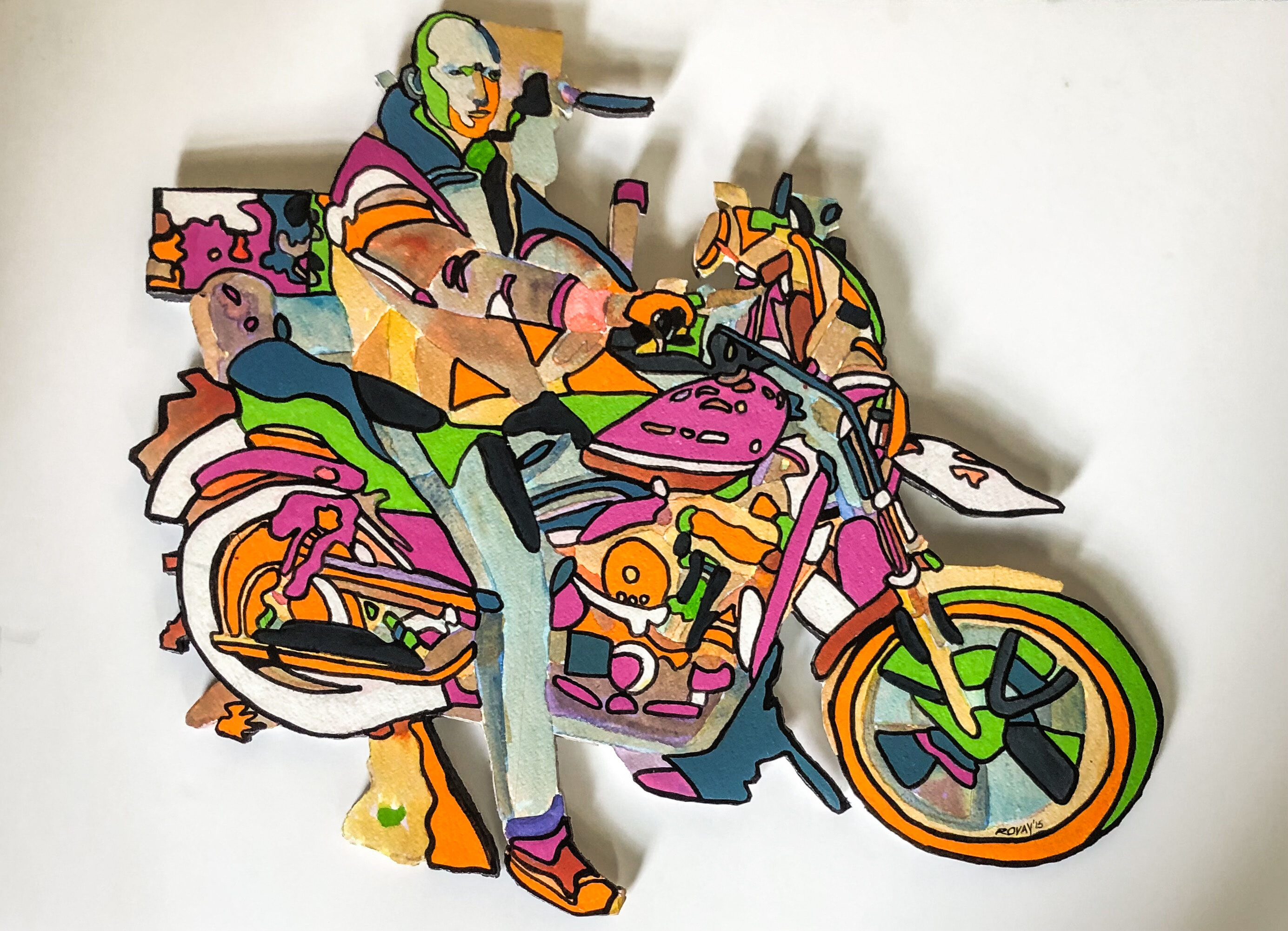 I initially connected with Damien as a teenager in the early seventies while attending high school. He later caught my attention as a regular commentator on the ABC morning radio program with Jon Faine. As you do in the 21st century I then reconnected with him through Facebook where a more personal narrative unfolded. The portrait I have painted is informed by the ambiguity between his academic life and a love/passion of motorbikes and the bikie sensibility. I have cheekily played with his Deakin University title 'Personal Chair' and him sitting on his Harley-Davidson outside the ABC studios.

At the commencement of the painting of the Damien Kingsbury portrait, Rachel Rovay was approached by film producer John Hipwell and his Director Jorike Verlaan to film “a making of” short film.  This process entailed filming at the Rovay studio with sequences including scenes with Damien being drawn, painted and “carved out”.  Also numerous additional shots of Damien on his Harley Davidson, on the footpath outside the ABC studios, at the ABC with Jon Fain, in his Man Shed, at Deakin University and on the road (Mad Max-style) were expertly captured to create “The Artist’s Choice”.  The behind the scenes film, including the intriguing Rovay cut-out painting process, is a fitting testament to the 2015 Rovay portrait of Kingsbury.  This 5-minute film can be viewed on this web site - Gallery _ Videos