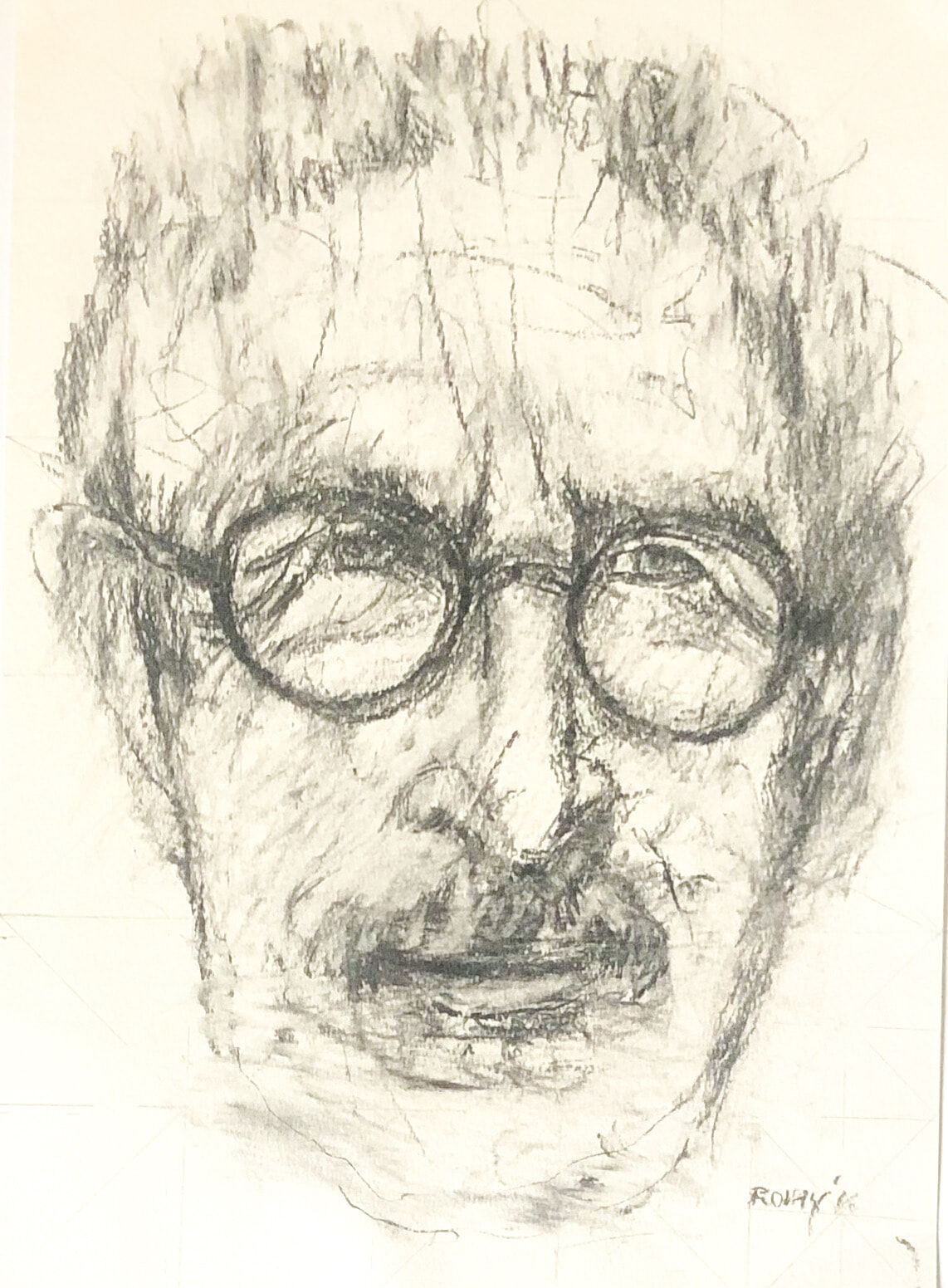 With a sad heart, I learned that Max Walker passed away a few months after this portrait was unveiled at his house. I had no idea at the time of painting the portrait that he was so seriously ill. He was an amazing man!

The final shaped painting was exhibited at a Hotel in South Wharf Melbourne and later entered the Melbourne Cricket Club/National Sports Museum collection in 2017.

The late Max Walker AM was one of a unique group of sportsmen who had played both Test Cricket for Australia and AFL football for Melbourne Football Club at the MCG.

Beyond sport, Mr Walker has reinvented himself many times over. He practised Architecture and worked for Nine Network’s Wide World of Sport as a commentator.

He was an author/writer of 14 books with a total sales beyond one million copies.

In his final years, Max worked as a media commentator and a prominent motivational speaker.

A few years ago, I first met Max Walker at a filming of a TV series Passion to Profession produced by my husband, John Hipwell.

We both maintained a relationship with Max through other projects. Our meeting ‘office’ was at the cafe in Chapel Street. After breakfast, Max would bring out his mind mapping skills, a visually graphic way to present ideas and concepts. I loved his colourful drawings and saw them as artistic expressions.

With this experience in mind, I asked Max if he could sit for me at the same cafe. John Hipwell joined me to record and film the process of what was to be a shaped cut out portrait painting. Once again, the coffee cups were ordered as I began to draw Max within this familiar urban setting.

We had two sittings at the cafe and a third final one in my Port Melbourne studio. His 189 cm. ( 6’2”) height just about reached the studio ceiling.

I was striving to meld the physical characteristics with the essence of my sitter. My challenge was to adhere to an abstract sensibility but still maintain a recognisable likeness. I wanted the portrait to go further than just capturing a faithful likeness. It was not until I extricated the painted figure from its rectangular edges with an electric router that the portrait came to life and took on a life of its own. To my surprise, Max’s hands became a focal point expressing the man who was a master communicator and an inspiring, motivational speaking professional.