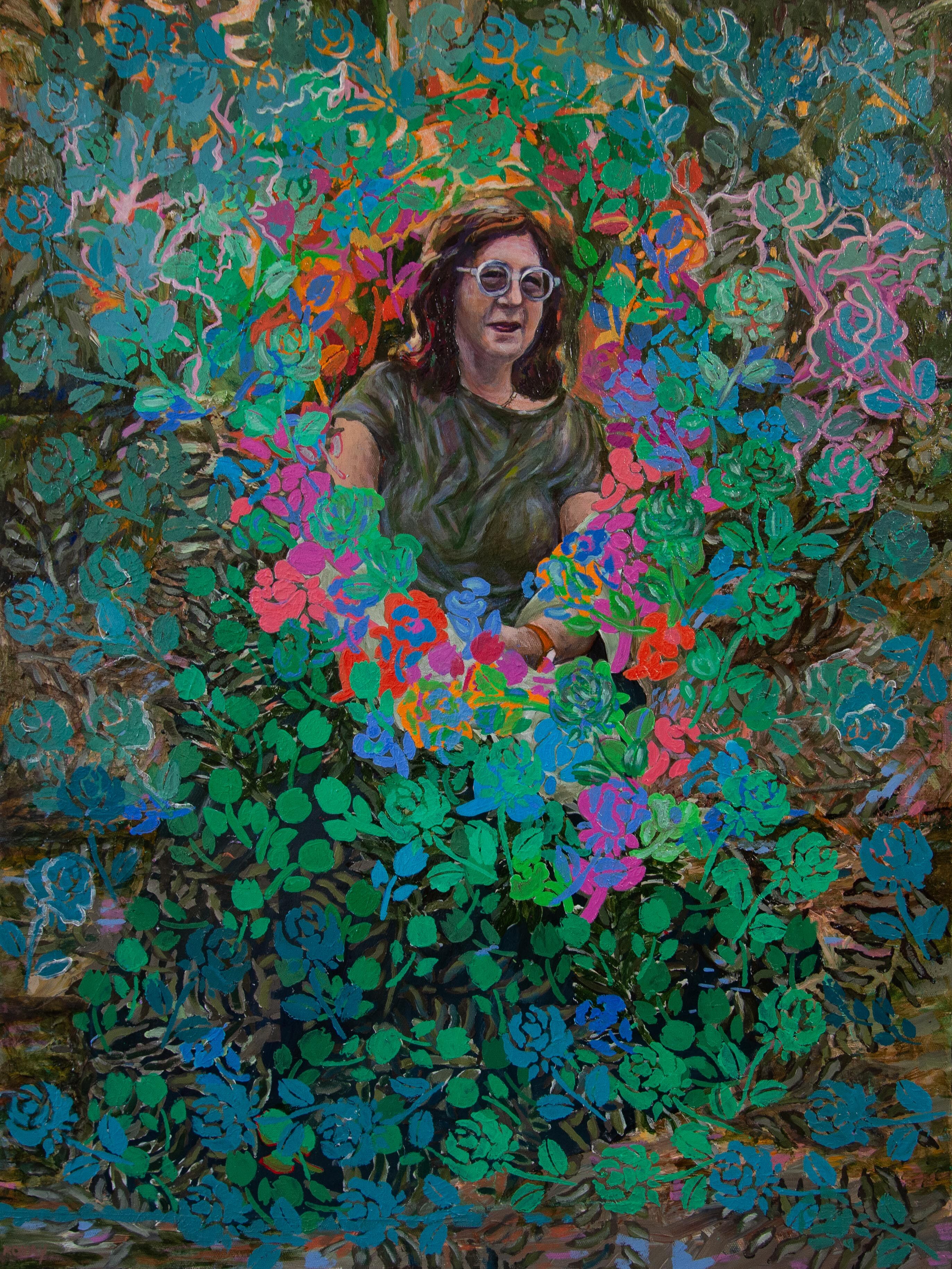 Inside The Urban Forest, Portrait of Dr Helen Light AM

Dr Helen Light is a multicultural consultant with a long list of positions she has held during her brilliant career in Melbourne over the past 40 years.

Helen’s dedication and hard work have been recognised by being presented with the JCCV, General Sir John Monash Award 2019.

After attaining her PhD in 1975, Helen lectured and tutored at Monash University in Classical Studies, followed by a 27-year stint at the Jewish Museum of Australia (JMA), firstly as curator for 8 years until 1983, then as the Museum Director until 2010, building a world-class museum and cultural facility, overseeing the new Museum in Alma Road in 1995 and created the 4 permanent exhibitions.

I first met Helen during my solo exhibition in 1997 and later in 2005 at the JMA. More recently, we started a weekly Monday morning walk to the botanical gardens, the local urban forests and surrounding parks.

The inspiration for the painting came after Helen returned from a joint multicultural trip to Jerusalem.

I wanted to surround Helen with the distinctive beauty of nature, as it sprouts, buds, grows and glows.

A portrait of Dr Helen Light, radiating a presence, conveying a life of commitment, intensity, passion, and progress.