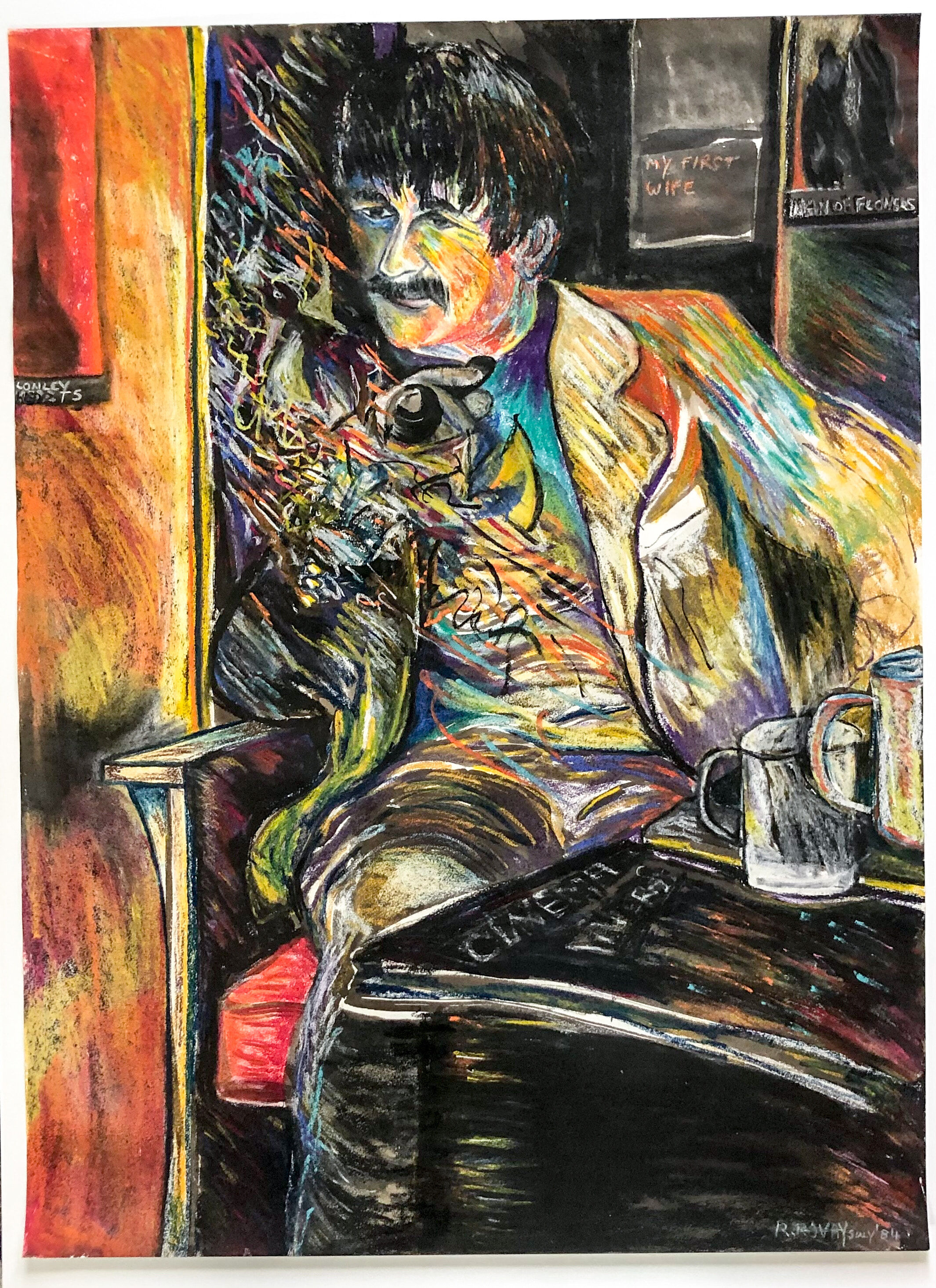 The first sitting was in Paul Cox's upstairs office in Albert Park while talking to another guest in the room. There were posters of his films all around such as "A Man Of Flowers" and "My First Wife". His smoking pipe always in hand, creating a little smoke and a pleasant aroma. On his table were a few coffee mugs, and at an artist's discretion, I included the film industry's popular 'bible' magazine called Cinema Papers. The magazine folded in 2001. This painting was positively reviewed in The Australian newspaper by the late art critic Elwyn Lynn.

The portrait found itself into Paul Cox's art collection, and I was told that it was hung in his hallway.

As a thank you (and totally unexpected), Paul Cox gave me one of his framed photographic masterpieces, the first of his works which symbolised (as he explained) his transition from photography to the realm of the moving image. It is forever cherished.

Paul's iconic property in Albert Park was sold after his death in 2016.