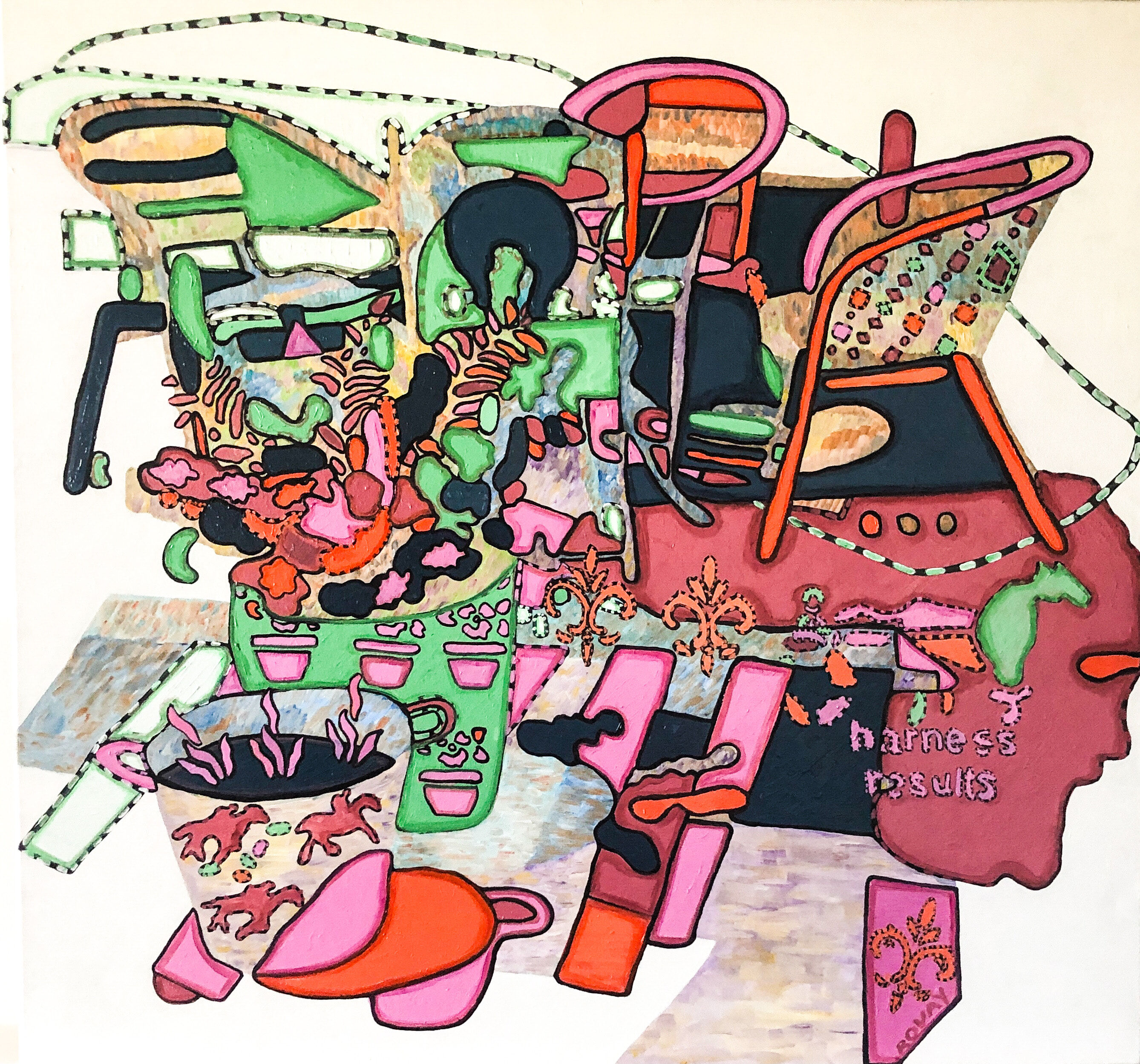 Enquiry
Subject:
Café Urbanscape
Potted Plants are such decorative additions to the cafe tables. It is as if we are recreating the garden. Table habitats are like mini oxygen factories within Our urban environment.

This painting was composed during the Melbourne Cup day when a celebratory mood was felt in the air at the shopping village of Middle Park. The first Tuesday in November, the Melbourne Cup bets were on. A notable horse race with grand festivities that ‘stops’ the nation.
I have cut out stencils inspired by advertising motifs to achieve a rhythmic pattern. I wanted to guide the viewer’s eye around the painting rather than allowing the eye to settle on a particular focal point.