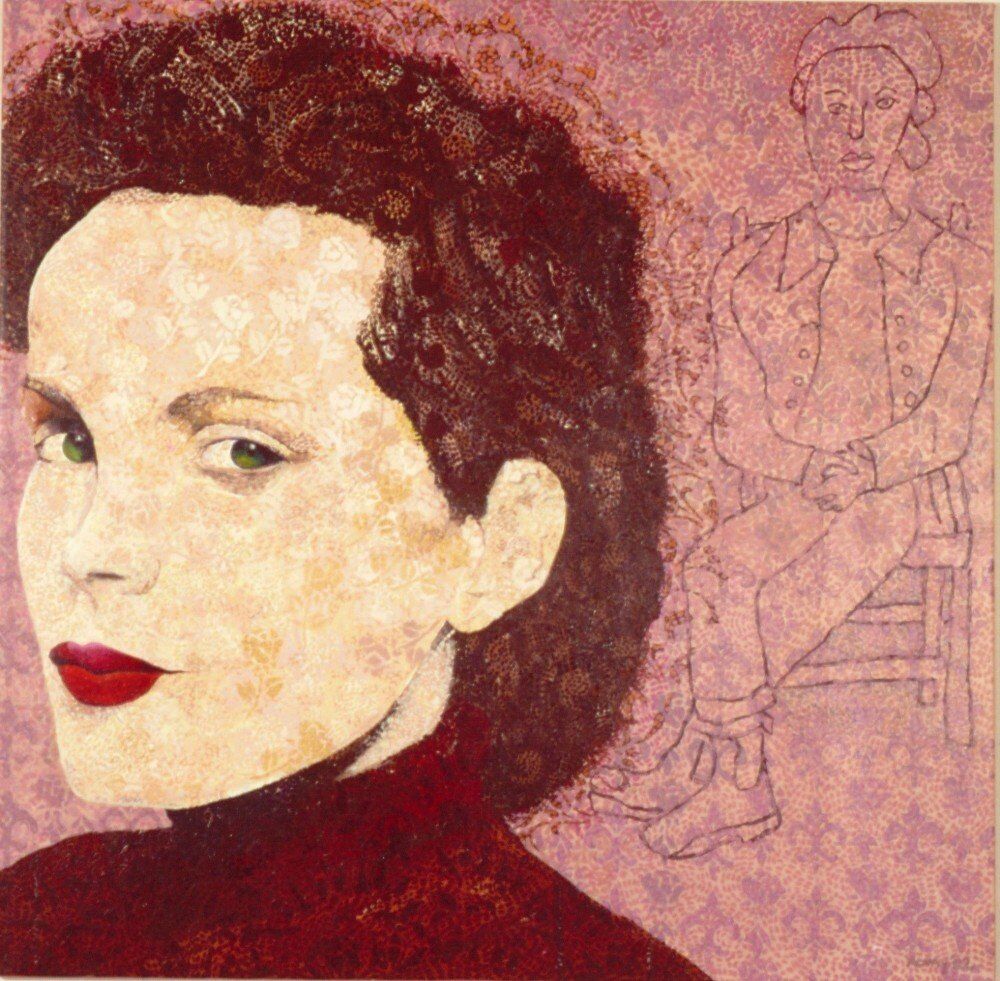 Portrait of Sigi with Line Image Inspired by Daughter Jaz

At the first sitting for this portrait, Sigrid’s daughter (then 10 years old) joined her mother to watch the process.  I gave Jaz a sketchbook and pencils and suggested she draw as well.  In my mind, I had Sigrid’s green eyes as a possible focus but to my surprise, I loved the sketch that Jaz drew so much, that I asked her permission to include it somehow in the portrait.  I was amazed by the ambiguous result and the new visual connection it created around a newly formed and subtle but iconic ‘nimbus’ (a halo surrounding a supernatural being). At the time I became fascinated by the sub-culture of stencil graffiti. Rennie Ellis documented some of the earliest examples of stencil art to appear in Sydney and Melbourne in his book ‘The All-New Australian Graffiti 1985. This influence became evident with textural elements creating a new illusion of depth in this portrait.