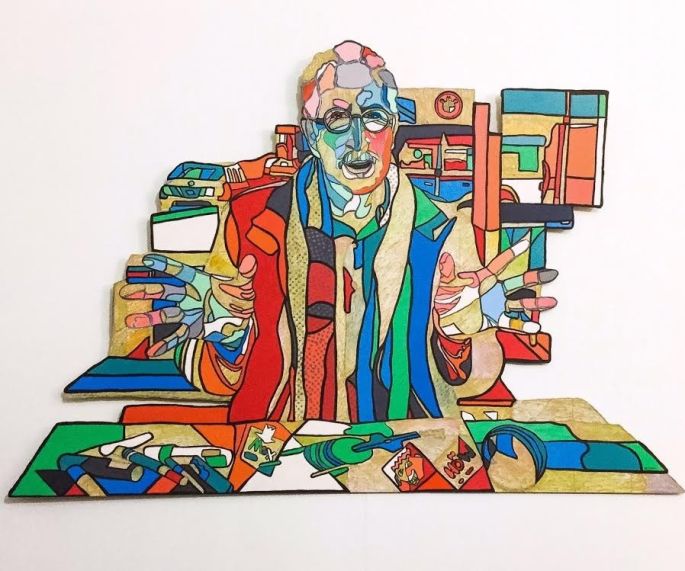 To The Maxx (Max Walker AM)

Max Walker AM is one of a unique group of sportsmen who has played both Test Cricket for Australia and AFL football for Melbourne Football Club at the MCG.  Beyond sport, Mr. Walker has re-invented himself many times over. He practiced Architecture (an RMIT Graduate), worked for Nine Network's Wide World of Sports as a commentator, he is an author/writer of 14 books with total sales beyond one million copies.  He currently works as a media commentator and motivational speaker.

I was striving to meld the physical characteristics with the essence of my sitter.  My challenge was to adhere to an abstracted sensibility with the portrait but still maintain a recognisable likeness.  I wanted the portrait to go further than just capturing a faithful likeness.  It was not until I extricated the painted figure from its rectangular edges with an electric router that the portrait came to life and took on a life of its own.  To my surprise Max's hands became a focal point expressing the man who is a master communicator and an inspiring, motivational, speaking professional.