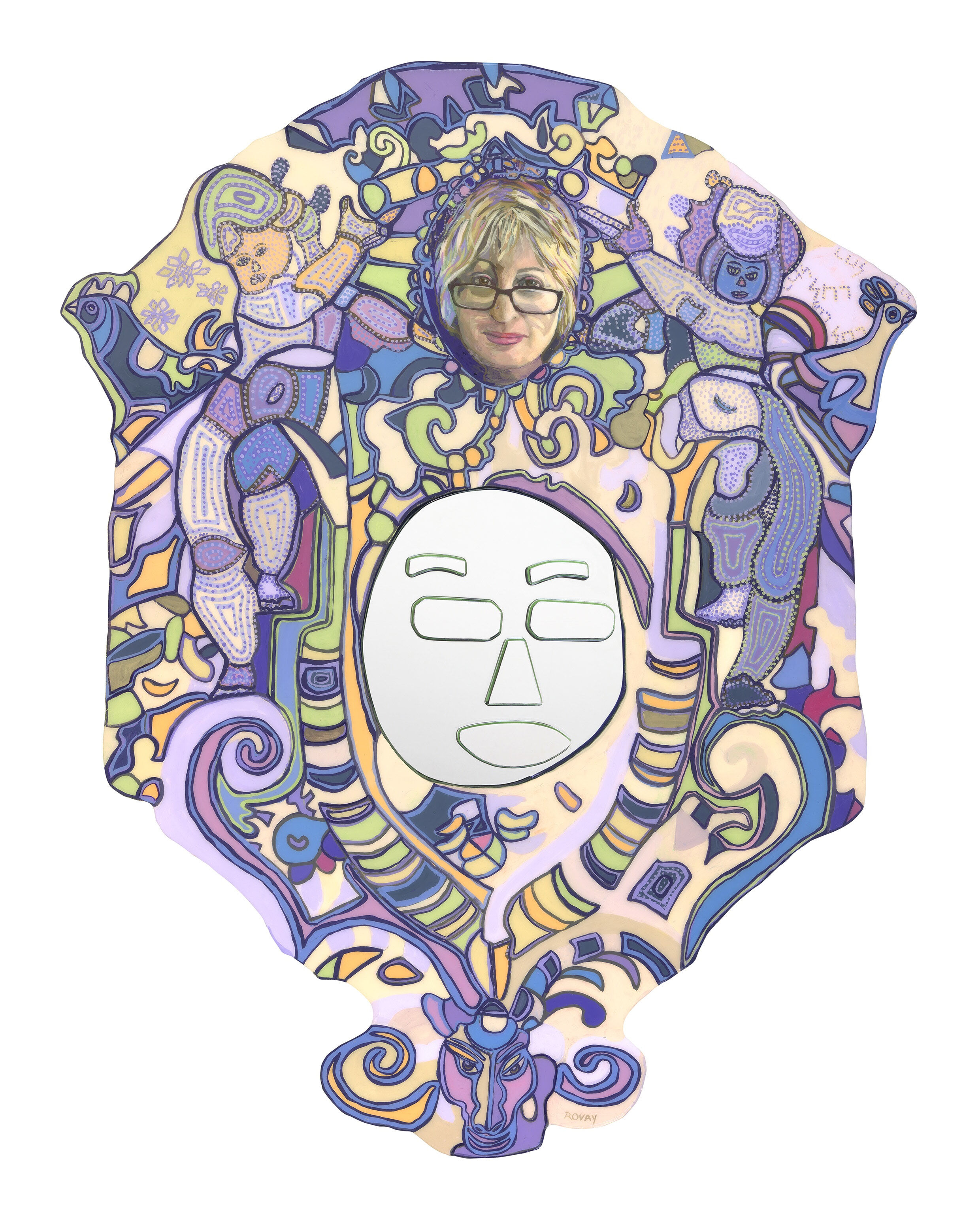 86cm (W) x 109cm (H)
Acrylic paint, mirror and art resin on shaped panel board
Artist:
Rachel Rovay | Artist
Subject:
Rachel Rovay Portrait
Self-portrait bringing the artist and the sitter into one with a revelation of a private diary. A genre linked to artistic identity and experimentation.

What happens when you leave your own culture behind and have to renegotiate an entirely different one?

‘You and I’ is a self-portrait populated by a multicultural sensibility. My first language growing up in Israel was Romanian. My second language outside my home was Hebrew. My third language, since I migrated to Australia in 1970 (as a teenager), is English and has become my dominant spoken language. I have painted three perspectives, a diverse way of making sense of the world. My multiple identities are not necessarily found in ‘belongingness’ but in negotiating a new formation of reality. The portrait celebrates resilience, changing ‘evolution’ and an interweaving of culture. I have adopted the symbol of the European coat of arms as a shaped structure. The mirror replaces the protective shield and invites the viewer on a journey that is inclusive and helps to preserve whatever is most valid, significant and valuable to form the whole. The Romanian roosters symbolise a soul resurrection. The horned creature on which all rests is the carrier of peace and new perspective. In the top right-hand corner of this portrait I have resurrected my original name in Hebrew letters. The angels appear here as profound communicators and facilitators between us all. The patterns are a reminder of our Australian native heritage.